Head of Creation & Partner, Base Design

Head of Creation & Partner, Base Design

Thierry Brunfaut is a graphic designer, therefore learned graphic design. Also, Thierry is an entrepreneur. However, did not learn people management or human resources. At all. So, with his partners, Thierry made all possible mistakes you can do while running a business. Until the day they took a decision: to redesign Base, their own company. Thierry will share his journey with his Base teams, how he changed and implemented new processes while maintaining personal inspiration and accelerated creativity in his three studios in Brussels, New York, and Geneva, and give you one or two simple but effective bits of advice.

Based in Brussels, though active in all studios, Thierry is both Base founding partner & creative director. From projects ranging from visual identities to ad campaigns, Thierry imparts a philosophy of graphic and conceptual simplicity that emphasizes concise communication. “Don’t design for designers. Design for people” is one of his mottos. Thierry believes in the power of words in design, creative autonomy, teamwork and pleasure through ever-changing processes. Thierry has led landmark Base projects including MoMA, Maison Michel, San Francisco Art Institute, Dandoy, BeTV, Bozar, Hotel Missoni, Fondation Louis Vuitton, Haus der Kunst, Maison Dandoy, Delvaux, The Olympic Museum and La Monnaie Opera. He is also the author the renowned “5-minute poster series”, creating 50 typographic works, each dedicated to a short bit of wisdom on design. Thierry is professor and regular speaker at design and branding conferences around the world. 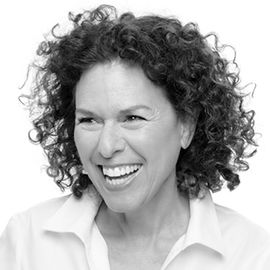 Creating a business that's differentiated is not about saying you’re different, good branding, or marketing. In this talk Rhonda will show how to walk the path to true differentiation with ideas that will change and evolve your business and create something more fun and more lucrative, and help you get inspired about your business again.

Rhonda will also host a 25 minute breakout session that will take you a step further with a lot of new ideas and possibilities for differentiation and change and the opportunity to discuss your new ideas and get live on the spot coaching from Rhonda.

Brand creator and business coach Rhonda Page has 30 years experience building global brands for companies like Kraft and Coca-Cola. She has a unique talent for seeing how a business can evolve from where it is into something new and different that has the potential for greater revenue and increased leverage. She's a speaker and published author and has been coaching creative entrepreneurs all over the world since 2010. 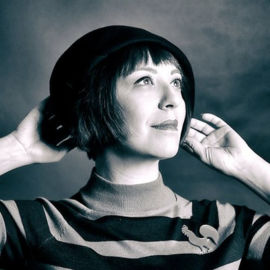 Winning by creativity in a world of commerce

Winning by creativity in a world of commerce

For any designer, commercial realities and restraints can be a challenge, so how can we develop and maintain our creativity while delivering for our clients?

Chiara Aliotta will share her thoughts and experience of how a sustainable balance between heart and mind is possible if we guide clients into our processes of learning and discovery, and how we can remain motivated, even during long term projects, and avoid losing your souls in the process.

Chiara will share insights on how you can harness your passion to boost your creativity and stay productive and how to ‘transform your work into a playground rather than a labour camp’.

Chiara Aliotta is an Italian award-winning designer with many years of experience as a graphic designer, art director and brand consultant. Her work is creative, emotionally involving and detail-obsessed. She has created innovative designs for brands like Vodafone, Nivea, NH Hotel and many others and is an AWWWARDS jury member. 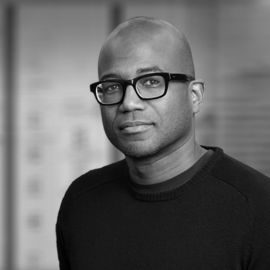 The Intersection of Design and Business

The Intersection of Design and Business

The continued integration of design and business is inevitable. We’re now at a point where the new levers of value for business: technology, experience and culture, also happen to be the established levers of value for design. The question is, can we develop mutually understood and beneficial expressions of value around the practice of designing business? Sharing insights and learnings from the front line at McKinsey, Kwame Nanning takes us throughan evolving discipline and its evolution within one of the world’s most storied management consultancy firms, through the eyes of a designer.

With more than 15 years of design-industry experience, Kwame has helped some of the world’s top-performing companies push the boundaries of design, creating memorable products and services that matter. He is passionate about the business-led applications of design thinking, especially for unlocking customer insights and creating experiences that boost engagement and drive growth.

A thought leader in the design community, Kwame has spoken about digital transformation, customer-experience design, and product development at the Design Management Institute, the Harvard Business Review Design Thinking Conference, the NOAH Conference, and other industry forums. 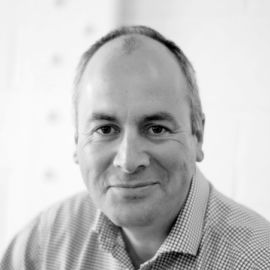 Founder, Up to the Light

Founder, Up to the Light

Arguably, the biggest variable between agencies lies not in levels of creativity but in the quality of their business relationships. Understanding these relationships and how they can be strengthened is the key to client retention and development. Jonathan will present this year’s ‘What Clients Think’ report, its main findings and the implications for how agencies win, retain and nurture their clients - invaluable ‘from the horse’s mouth’ evidence to help agencies channel their efforts more effectively.

Jonathan will also host a 25 minute breakout session 'Grow Your Clients' focusing on how to ‘sell’ without appearing to sell, how to add value for the client and the agency, how to structure the client development effort.

Jonathan is the founder of Up to the Light, a consultancy that advises creative agencies on positioning and strategy, and all aspects of business improvement and growth, challenging some of the ingrained assumptions that exist in our industry and providing effective, insight-led advice Jonathan’s senior roles have included Business Development Director of Fitch, the global brand design group, and New Business Director of Havas EHS (now Havas Helia), one of Europe's largest agency networks. Jonathan is a founder member of the Design Business Association’s Experts Register and is a frequent conference speaker and trade press contributor. 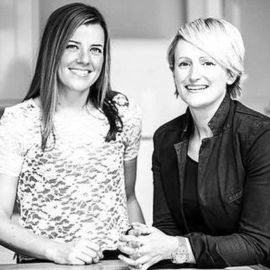 ‘Customers will never love your company until the employees love it first’ Simon Sinek.

To have a truly amazing agency that clients will fall in love with, you need infectiously passionate and loyal people that drive that ethos forward – an army of brand ambassadors. Having a strong marketing or business plan is no longer good enough. Discover how developing a culture that has people and purpose at it’s heart, will not only get the best out of those that work for you, but help your business thrive as you grow. Examining what makes a good culture to achieve high performance; the growing pains that can happen along the journey from your first recruit to established teams, and what happens if you don’t do anything.

FizzPopBANG will also host a 25 minute breakout session where they will help you bottle up what makes your business special and start creating a winning culture that inspires your people to do their best every day.

Carla and Imogen are founders of FizzPopBANG, a Brand Employee Engagement Agency. In their previous roles as Head of HR and Head of Brand at Red Bull, they both discovered a passion for building strong, high performing teams through a vibrant culture and found a magic formula to achieve this. 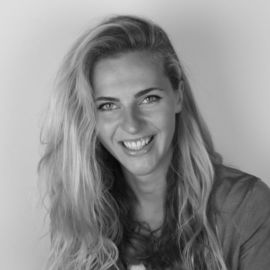 Slower growth in Europe is real. It reduces demand and creates challenges for business model and marketing. But demand can be created.

We will explore why and how you should accept that the era we are in is fundamentally different to what has come before, and necessitates playing by different rules. Incrementalism is no longer good enough; successful business are making bolder bets, fit for the new age of consumption.

Charlie is a Senior Strategy Consultant working in the Futures Practice at Kantar Consulting. Her experience spans strategy and innovation consulting for a number of sectors, from FMCG to Automotive and Financial Services. As part of the Futures Practice, Charlie uses Futures methodologies to challenge clients to take an ‘outside-in’ perspective, take a longer view of time, and connect dots to see a richer, consolidated view of change – in order to plan effectively for the future. 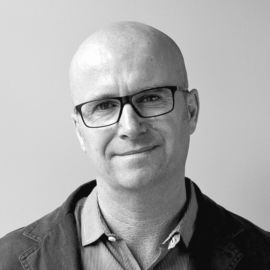 AI and Design - who's winning?

AI and Design - who's winning?

Kevin will lead our panel debate 'AI and Design - who's winning?'

He writes, speaks, and chairs conferences on innovation, and society; and has been published in: The Wall Street Journal, The Telegraph, FastCompany, Unherd, Icon and The Design Management Review. 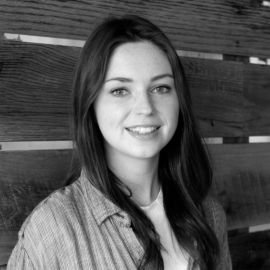 AI and Design – who's winning?

AI and Design – who's winning?

Gemma will join our panel debate on the role of AI in design.

Gemma is a Service and Interaction Design Specialist with Fjord Dublin. The studio sits at the heart of Accenture’s interdisciplinary research and innovation hub, The Dock. Gemma’s role within The Dock has extended beyond the traditional description where she has specialised in designing for data and Artificial Intelligence, completing projects on a diverse range of topics spanning across multiple industries. She is currently focusing on developing the Design and AI capabilities across Fjord.